* In case of any delay in receiving the OTP, you may verify it later. Please proceed without verification.

Begusarai located in northern part of Bihar between 25.42°N and 86.13°E lies on the banks of River Ganga. With average elevation of 41 m (135 ft) Begusarai is spread over an area of 1,918 km2. The city is famous as ‘Industrial Capital of Bihar’ and known for its industrial importance far and wide. Begusarai is bounded by Samastipur on the north, by the Ganga River and Lakhisarai district on south, by Khagaria and Munger on the east and by Samastipur and Patna districts on the west direction. 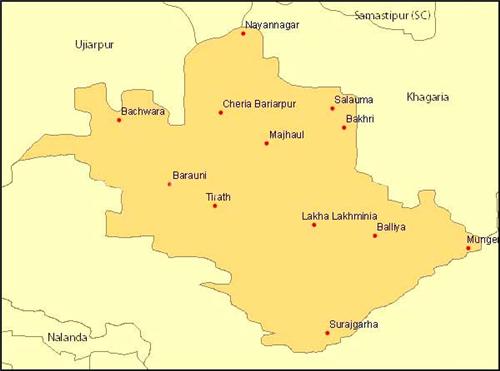 Climate of Begusarai is humid sub-tropical. Average annual temperature of this region remains around 26°C. Average annual rainfall is 960 mm. As Begusarai is part of Gangetic plains of Indian Subcontinent, it experiences three main seasons. Summer season starts from March and remains till mid-June. May is the hottest month when average temperature remains around 32.4 °C . Then monsoon season breaks in mid-June and lasts in mid-October. Most precipitation falls in month of July with an average of 259 mm. in the district. Winter season starts from mid-October and ends in month of February. January is the coolest month with average temperature of 17.2°C. In the months of February and March when temperature begins rising, this transitional season is considered as ‘Basant Ritu’ or ‘Spring Season’. And the months of September & October are described as ‘Shishir’ when transition from monsoon season to winter season takes place in this district. 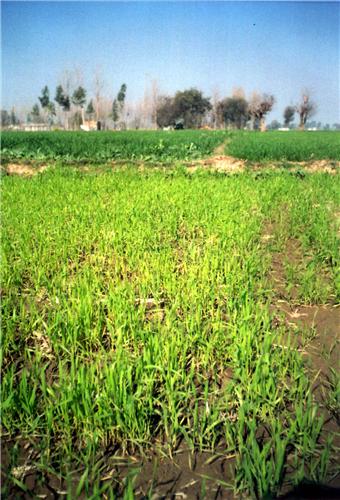 Out of these three areas, Kereha-Old Bhagmati flood plains and Burhi Gandhak flood plains are very low lying areas which comprise southeastern part of the district. This area of Begusarai district is lowland and generally prone to the flood. All the streams that flow in this region have a general shifting tendency. Due to this shifting tendency of these streams and physiographic characteristics of this area, southeastern part of the district is full of wetlands, oxbow lakes and back swamps.

On the other hand, Ganga flood plains are least prone to flood in the southern part of the district. Kawar Lake is a large fresh water lake located in this district. This lake is basically a huge wetland and is count as a major physiographic feature of the district. Kanwar Lake is also known as 'Kabar Jheel' and is famous for being Asia’s largest oxbow lake.

As per last recorded census of India (2011), population of Begusarai was approx. 2, 954, 367 million. Density of population is 1,500 inhabitants per square km (4,000/sq mi) with sex ratio of 894 females per every 1000 males in this district. Literacy rate is around 66.23 % in this district. In Begusarai city, which is municipal council of the district, as per Indian census 2011 total population was counted 251, 136. Out of this population, 133, 931 are males and rest 117, 205 are females. Sex ratio is 875 with literacy rate of 69.35%. Major part of the population belongs to Hinduism. Apart from that Islam, Sikhism, Buddhism, Jainism and Christianity are other religions in Begusarai district. Maithili and Hindi are main official languages in this district. Angika (a local dialect of ‘Maithili’) is mostly used as a local language of communication in this district.

Soil of Begusarai is mainly unaltered alluvial. Well, texture of soil varies in different areas of this district. Soil texture varies from sandy loam to loam in meander scroll and levee (the upland which bounds the flood plains of the river) areas, to silt and silty loam in the flood basin areas of the Himalayan rivers. Loam is found in the levees of Ganga while clay and clayey loam is generally present in the basin of Burhi Gandak and Bhagmati Rivers. Soil of this area is sandy loam with humus and is very fertile as well as good for agricultural purpose.


Flora and Fauna of Begusarai

Being located in the middle Ganga plains, Begusarai district has several rivers flowing through its area. Ganga, Burhi Gandak, Baya, Balan, Bainty and Chandrabhaga are the main rivers which water this district of Bihar. Apart from that Kosi, Kareha, Channa, Kachna and Monrya are some other rivers flowing in this district. Many rivulets are also present in this part of Bihar.


Geography of Begusarai at a glance

Comments / Discussion Board - Geography of Begusarai