* In case of any delay in receiving the OTP, you may verify it later. Please proceed without verification.

Begusarai, famous as 'Industrial Capital of Bihar' is a city as well as district located in northern part of Bihar state in India. Begusarai is municipal council and administrative headquarters of Begusarai district which is one of the thirty eight districts of Bihar. Begusarai lies on the northern bank of the Ganga River at 25°15' - 25°45' N latitudes and 85°45' - 86°36' E longitudes. Widely famous for its industrial importance, Begusarai is also well known for being a part of historical Mithila region. Begusarai is also famous as birthplace of eminent Hindi poet Rashtrakavi Ramdhari Singh ‘Dinkar’ and renowned historian Professor Ram Sharan Sharma. Once been a major communist stronghold, Begusarai was also referred to as ‘Leningard of Bihar’. 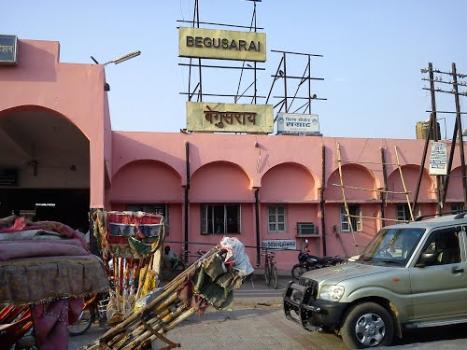 In 1870, Begusarai was established as a sub-division of the Munger district in Bihar state. In 1972, it got status of a separate district. Begusarai was named after "Begu" a man of this district who was the care taker of "Sarai" an old and small market of the town. However, as per some other beliefs, it is also said that the Begum of Bhagalpur used to visit "Simaria Ghat" for a month of pilgrimage in Begusarai. Later, her visit took to the slang of Begusarai concluding, "Begum" (queen) and "Sarai" (inn).


Geography and Climate of Begusarai 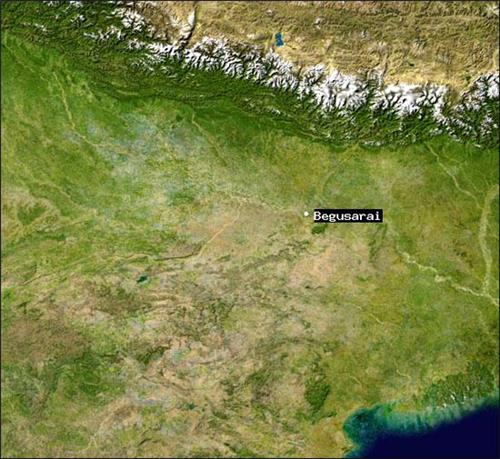 The district of Begusarai is located at 25°15' - 25°45' N and 85°45' - 86°36’ E. It lies on the northern bank of the Ganga River having an average elevation of 41 metres (134 feet). Begusarai district covers an area of 1,918 km2 (741 sq mi) and comes in Darbhanga division of Bihar state. Begusarai is bounded on the north by Samastipur, on south by the Ganga River and Lakhisarai district, on the east by Khagaria and Munger and on the west by Samastipur and Patna districts. Texture of the soil varies in different areas of this district. Begusarai district is located in the middle Ganga plains and has a number of rivers flowing through its region. Ganga, Burhi Gandak, Balan, Baya, Bainty and Chandrabhaga are the main rivers of Begusarai. Besides, other rivers viz. Kosi, Channa, Kareha, Kachna, Monrya and few rivulets also flow through the district. Read More......

Begusarai has humid sub-tropical climate and thus, climate is warm and temperate in this district. Begusarai is part of Gangetic plains of Indian Subcontinent. The district experiences three main seasons viz. winter, summer, and monsoon. Summer season remains from March to mid-June. Monsoon season starts in mid-June and remains till mid-October. Winter season starts from mid-October and ends in February. Average annual rainfall is about 1384 mm.

As Begusarai is part of Darbhanga division, it is rich in terms of art and culture. Begusarai houses people from various cultural and religious backgrounds. People of this region believe in traditional values and follow their traditional roots. Major part of the population in Begusarai belongs to Hinduism. Apart from that Islam, Buddhism, Sikhism, Jainism and Christianity are other religions in Begusarai district. Traditional folk dances and music is also popular in the region.

Economy of Begusarai mainly depends on agriculture as major part of the population in this district is involved in agricultural activities. Kharif, Paddy, Urad, Arahar, Masur, Rabi, Wheat, Macca, Gram, Matar, Tisi, Mustard, Sunflower are major crops of the district. Apart from that oilseeds, tobacco, jute, potato, tomato, andi and red chilies are main cash crops of the district. Begusarai has recently developed fruit farming including guava, mango, and litchi. Besides, a number of ancillary industries are also present in the district. At present, Indian Oil Corporation Limited (IOCL) and Barauni Thermal Power Station (BTPS) are two main industries in Begusarai. The Indian government counted Begusarai as one of the country's 250 most backward districts in the year, 2006. Begusarai is one of the 36 districts currently receiving funds from the Backward Regions Grant Fund Programme (BRGF) in Bihar.

Apart from being an industrial city, Begusarai is home to several famous tourist places. Thus, this part of Bihar offers a lot to its visitors in terms of mesmerizing wildlife and natural beauty. Besides, several ancient temples are also present in Begusarai. Some of the popular tourist attractions in Begusarai are:
Also Read
Begusarai Tourism


Festivals and Fairs in Begusarai

As in other parts of the country, all common festivals are celebrated with fun and frolic in the district of Begusarai. Durga Puja is the most popular festivals in this region. Special fair is held during Durga Puja in Begusarai and people from all over the state gather during evening time to enjoy the Mela. One of the major fairs held in Begusarai is Simaria Mela. The month-long Simaria Mela is organized on the bank of river Ganga at Simaria Ghat during October-November every year. This fair draws a large number of devotees from far flung places. It is strongly believed that a dip in the holy Ganga during the period of simaria mela washes all the sins. Thus, Begusarai becomes supremely religious during Simaria Mela in the district. Chhath is another popular festival of the district.

By Road: Begusarai has good road connectivity with all parts of the country. Barauni is the main rail head of the district, connected to the southern part of Bihar by Rajendra Bridge. It serves as both the road and railways. There are two major national highways passing through the district, NH 28 and NH 31. Private bus service is available within state and surrounding regions. While bus services for long distance places is mainly provided by Bihar State Road Transport Corporation in Begusarai.

By Air: Jaya Prakash Narayan International Airport is the nearest airport. It is located at Patna which is about 120km away from Begusarai city. Regular state and private bus services as well as car rental or taxi services are also available from Patna airport to Begusarai.


Begusarai at a glance